What Are the Average SAT Scores by State?

States that require all students to take the ACT test, like North Carolina and Alabama, generally have a lower state average ACT score. This is not a reflection of the intelligence of the students, but occurs because a wider pool of students are taking the test – whether they want to or not!

In states where the ACT is not required for all students, the students who do take the test generally score higher because they want to be there. For this reason, it’s best practice to compare states where the same or similar percentages of graduates were tested.

Massachusetts and Connecticut are tied for the highest state average ACT scores at 25.5.

Interestingly, students in Massachusets are not required to take the SAT or given the SAT for free; the preference for the SAT reflects a cultural preference rather than a state requirement.

Like Massachusetts, Connecticut also has an average ACT score of 25.5. 22% of students take the ACT in Connecticut. The state requires all 11th-grade students to take the SAT (for free) on a school day, which accounts for the high average ACT test score.

New Hampshire follows closely behind with an average ACT score of 25. Just 14% of students in New Hampshire take the ACT test – most likely because the SAT is required, for free, for all 11th-grade students.

How Do I Know if I Have a Good ACT Score?

If your score is on par with or above your state’s average, you should feel good about your score. That means you are performing at least in-step with your peers.

The Top 10 Colleges in Your ACT Score Range

But an even better measure of your score? How it compares to the average ACT scores at the colleges you are interested in. When picking colleges to apply to (more on that here), your ACT score should fall in the upper 75% of the college’s score range to really shine.

How Do I Raise My ACT Score?

Perhaps you’ve realized you have some studying to do. Our online ACT study course covers everything you need to know to raise your ACT score. The course includes hundreds of practice problems, helpful animated videos, and test and study tips you won’t find here on our blog. And for a limited time, the course is free.

Learn more and enroll at www.olive-book.com! 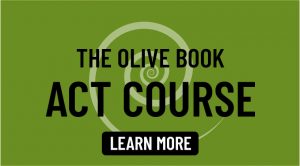 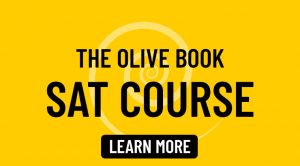